The Soka Gakkai International (SGI) is an association of 12 million Nichiren Buddhists in 192 countries.

The SGI aims to realize the absolute happiness (enlightenment) of individuals and the prosperity of each country by spreading understanding of the Buddhism of Nichiren (1222–1282). Toward that end, the SGI engages in various activities to promote peace, culture, and education based on Buddhism.

Nichiren Buddhism, on which the activities of the SGI are based, places special emphasis on the sanctity of human life and, as a natural outgrowth of this, on peace. In the final analysis, however, lasting peace can only be realized by challenging and overcoming the inner impulse toward hatred and violence that exists within us all — what Buddhism terms the “fundamental darkness of life.” It is this dynamic process of self-reformation — “human revolution” — and the resulting rejuvenation of society that form the core of SGI’s vision of a peaceful world. 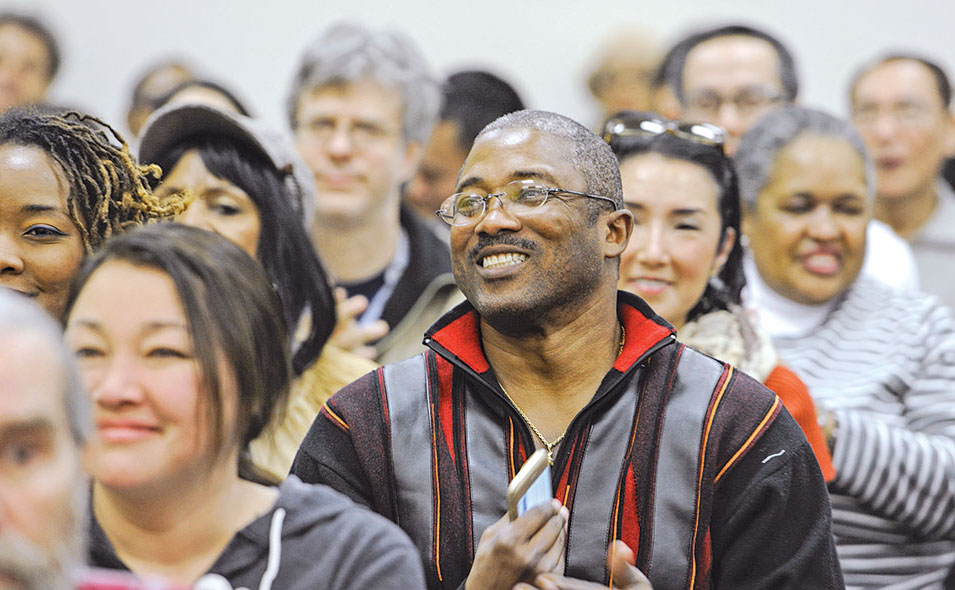 The basic guidelines of the SGI’s activities are:

Our world is in a period of enormous transition. The challenges facing humanity in such fields as disarmament, environmental protection, and human development are without precedent. So, at the same time, are the possibilities. The members of the SGI are dedicated to the task of working for a new era based on the universal values of human equality and dignity.

For more information on the SGI-USA, go to their website: www.sgi-usa.org.