Award-Winning Finalist in the Religion:
Buddhism category of the “2011 International Book Awards”

An intimate portrayal of one of history’s most important and obscure figures, the Buddha, this chronicle reveals him not as a mystic, but a warm and engaged human being that was very much the product of his turbulent times. This biographical account traces the path of Siddhartha Gautama as he walked away from the pleasure palace that had been his home and joined a growing force of wandering monks, ultimately making his way towards enlightenment beneath the bodhi tree, and spending the next 45 years sharing his insights along the banks of the Ganges. The Buddhist canon is expertly harvested to provide insight into the Buddha’s inner life and to grant a better understanding of how he came to play his pivotal role as founder of one of the world’s largest religions. 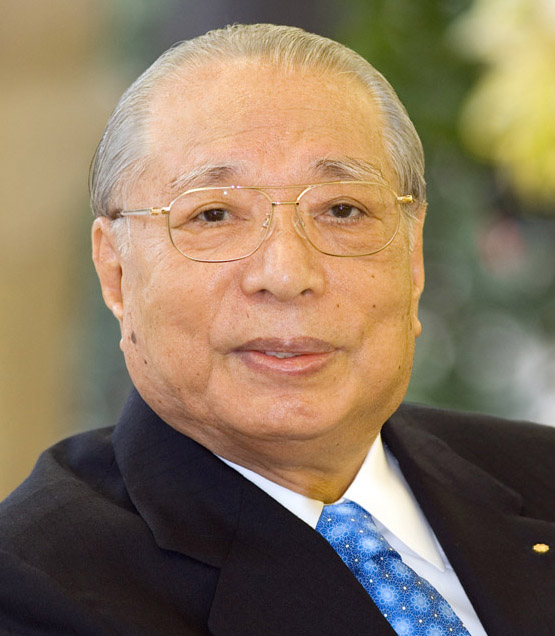 Burton Watson is a widely known and respected translator of Chinese and Japanese literature.  A former professor at Columbia, Stanford and Kyoto Universities, his translations include The Lotus Sutra, The Vimalakirti Sutra, Chuang Tzu, Basic Writings, Mo Tzu:  Basic Writings, Ryokan:  Zen Monk-Poet of Japan and Saigyo:  Poems of a Mountain Home among others.  He received the PEN Translation Prize in 1981.

“Spiritual leader Daisaku Ikeda, president of the Buddhist lay organization Soka Gakkai, presents two volumes of The Soka Gakkai History of Buddhism series, offering a carefully researched presentation of what history and testimony have to tell us of the origins and contributions of the Buddhist faith. The Living Buddha: An Interpretive Biography is both a straightforward chronicle of the Buddha’s life, and also an inspirational testimony meant to aid the reader in freeing oneself from suffering. The Living Buddha does not treat the Buddha as a distant legend, but rather as a living, breathing person who rose above the harsh difficulties of his day and age to deliver a universally crucial message, that remains immediately and directly relevant thousands of years later.

“Buddhism: The First Millennium chronicles the rise of a religion that had its origins in an era when few were inclined to keep detailed historical records. It wasn’t until the First Council, long after the death of the Buddha, that any major effort to create the Buddhist canon took place. Buddhism: The First Millennium chronicles Buddhism’s spread to Southeast Asia, China, Korea, and Japan, as well as the key individuals who helped to spread its message, including the Indian king Ashoka, the Greek philosopher-king Menander, and monks and lay believers such as Vimalakirti, Nagarjuna, and Vasubandhu. Both volumes are thoroughly accessible to reader of all backgrounds, invaluable contributions to Buddhist Studies shelves, and highly recommended.”

Preface to the English Edition, by Daisaku Ikeda, vii
Translator’s Note, ix
Chapter 1: The Young Shakyamuni
Chapter 2: The Great Departure
Chapter 3: The Years of Austeries
Chapter 4: The Enlightenment
Chapter 5: Shakyamuni the Teacher
Chapter 6: The Company of Disciples
Chapter 7: The Growth of the Order
Chapter 8: The Entry into Nirvana
Glossary, 139

PREFACE TO THE ENGLISH EDITION

Shakyamuni was a man who, living some twenty-five hundred years ago in central northern India, earnestly and untiringly sought to discover the nature of the Dharma, or Law, the eternal principles of truth that transcend time and place. He was a thinker of giant propor­tions who, for the sake of people in ages to come, persisted in his efforts to discover the source of creation and to free human existence from all impediments.

If I, as an individual who is also in search of those truths, and particularly as one living in this present age, were to try to imagine the sort of person that Shakyamuni Buddha was, what portrait of him would emerge? This was the spirit of rather naive interest, curiosity, and in a sense audacity that led to the writing of this book. But in order to construct a picture of Shakyamuni Buddha, one first needs certain materials—historical facts, accurate dates, sources whose reliability is above question—and such materials are, let me note at the outset, regrettably scarce. Partly this is due to the fact that the Buddha lived so long ago, and partly it is a reflection of the characteristic Indian lack of interest in the keeping of historical records. But whatever the cause, it renders exceedingly difficult the task of arriving at an accurate picture of the Buddha. At the same time it makes it possible, and even necessary, for the writer to exercise his imagination to a considerable degree. And in this sense, in spite of the great gap in time that separates Shakyamuni Buddha and myself, I think my own personal experiences and religious practice have allowed me to achieve a certain feeling for him as an individual. That is why I entitled the original, Japanese version of this work Watakushi no Shakuson-kan, or “My View of Shakyamuni,” and why the subtitle of the English edition is ”An Interpretive Biography.”

It is my firm conviction that one can seek to discover and understand another human individual only through the medium of one’s own identity as a human being, and it is on the basis of this premise that I have attempted to transcend the barrier of time and approach the man we call the Buddha. In this respect my portrait of him, rather than being drawn strictly from bibliographical sources, is no doubt strongly colored by the image that I have formed in my mind of him as the leader of a religious organization. For the subjectivity of this approach I can only beg my readers’ indulgence.

In this connection it may be well to note that the Buddhist religion is interested primarily in the question of whether a person realizes within himself the Dharma, or principles of eternal truth. For this reason it is less important, from the religious point of view, to inquire what were the specific words and acts of Shakyamuni Buddha as a historical personage than to discover the nature of the Dharma that he attained and to ask if other people can attain it as well. The portrait of a man who has attained the Dharma—this is the true Shakyamuni Buddha, and it is he whom we wish to know. If this book is read in the light of these particular characteristics of the Buddhist religion, and if it serves in some small measure as a spiritual bridge between the East and the West, then my hopes as an author will have been more than gratified.

In closing I would like to express my deep appreciation to Professor Burton Watson for the time and effort that he has expended in preparing the English version of this work.

Since 1976, when this English edition first appeared, it has been translated and published in eight other languages. As its original author I am immensely pleased that it has thus won a readership extending throughout the world. The publication of this paperback edition responds to the requests of many readers. It is my sincere hope that those striving to create a better society will find this volume helpful in understanding the life of Asia’s foremost teacher of human wisdom.

As indicated by Daisaku Ikeda in his Preface to the English Edition, the Japanese work from which this was adapted is entitled Watakushi no Shakuson-kan, or “My View of Shakyamuni,” Shakuson being the common Japanese designation for Shakyamuni Buddha. The original work was cast in the form of a dialogue between Mr. Ikeda and one of his associates, but with the author’s permission I have, for purposes of smoother reading, recast it in straight narrative form, taking care of course to preserve all the factual and speculative material of the original.

Sanskrit and Pali personal names, place names, and technical terms have been introduced in the text in the romanized form that seems most suitable for English readers, without the elaborate diacritical markings demanded by strict Indology. All such names and terms have, however, been listed in the Glossary with full diacritical markings, indications as to which terms are Sanskrit and which Pali, and their Japanese pronunciations or equivalents. Doctrinal terms in both English and Japanese are also explained in the Glossary. Names of modern (post-1868) Japanese personalities are given in the text in Western fashion, personal name preceding family name.

One point touched upon by Mr. Ikeda in his Preface perhaps deserves special emphasis here for the sake of Western readers. Religions like Judaism, Christianity, and Islam lay great stress upon certain unique historical events or personages, and as a consequence are vitally concerned with questions of historicity. Buddhism, however, emphasizes the Dharma, or body of religious truth, itself, rather than the particular time, place, or person by whom it was preached.

Mr. Ikeda is the dynamic president of the Soka Gakkai, the lay organization affiliated with the Nichiren Shoshu sect of Buddhism. As the spiritual leader of the Soka Gakkai’s millions of adherents in Japan and its growing worldwide membership, he is of course intensely interested in discovering whatever can be known about Shakyamuni Buddha, the historical founder of Buddhism. But if, as a result of the regrettable paucity of reliable sources, his account of Shakyamuni necessarily includes much surmise and conjecture, this in no way affects the validity of Buddhist teachings. What is important, as Mr. Ikeda himself notes, is not the distinction between historical truth and legend in the accounts of Shakyamuni’s life but the degree to which both fact and legend embody the timeless truths of Buddhism and are meaningful to us today.