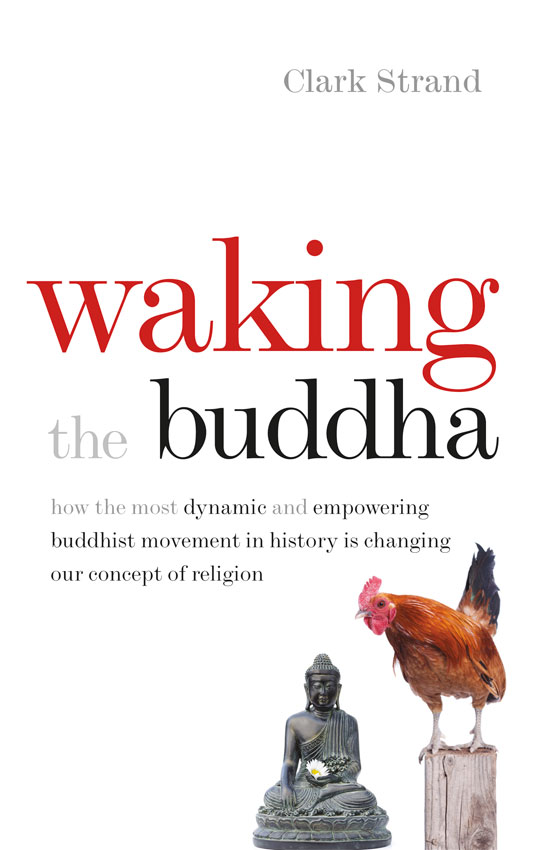 Is there more to Buddhism than sitting in silent meditation? Is modern Buddhism relevant to the problems of daily life? Does it empower individuals to transform their lives?

Or has Buddhism become too detached, so still and quiet that the Buddha has fallen asleep?

Waking the Buddha tells the story of the Soka Gakkai International, the largest, most dynamic Buddhist movement in the world today—and one that is waking up and shaking up Buddhism so it can truly work in ordinary people’s lives.

Drawing on his long personal experience as a Buddhist teacher, journalist and editor, Clark Strand offers broad insight into how and why the Soka Gakkai, with its commitment to social justice and its egalitarian approach, has become a role model, not only for other schools of Buddhism, but for other religions as well.

Readers will be inspired by the struggles and triumphs of the Soka Gakkai’s three founding presidents—individuals who staked their lives on the teachings of the Lotus Sutra…and on the extraordinary power of those teachings to help people become happy. These three men dared to revolutionize Buddhism by restoring it to its true purpose: to help people transform their lives and the world they live in. The result is a uniquely relevant form of Buddhism—one that “just makes sense” to the modern mind and is ready to meet the challenges of a global age.

Waking the Buddha will appeal to anyone who wants something more out of Buddhism—or any religion—as it explores the foundations of the Soka Gakkai’s practical spiritual path in which people take the principles of Buddhism and put them to work in everyday life.

What makes the Soka Gakkai International unique in modern Buddhism? How could it have grown from a small organization of Buddhist educators into a global movement of over 12 million members in less than a century? What aspects of the Soka Gakkai International’s culture would other religious groups have to adopt or develop on their own if they wanted to move forward as this movement has done?

Through the author’s encounters with early Japanese Soka Gakkai pioneers, individuals who rebuilt their lives from nothing after World War II, and his interviews with the movement’s top leaders today, readers will find answers to these and many other questions in a book that places the Soka Gakkai International at the very leading edge of religion in the 21st century. 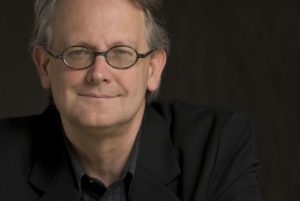 Clark Strand is an intrepid spiritual explorer. Raised a Southern Presbyterian, he was on the verge of becoming the abbot of a Rinzai Zen Buddhist monastery when he realized he wasn’t happy. Years of psychoanalysis followed, after which he became the first senior editor of Tricycle: The Buddhist Review, a position which brought him into intimate contact with virtually every school of Buddhism in Asia and the West. In the early 1990s he embarked on a 20-year odyssey through the spiritual traditions of the world in search of “Religion 4.0,” a newer, more spiritually-evolved version of religion that was fully compatible with the realities of modern life. The journey took him inside of numerous communities—from Buddhist temples to Hasidic synagogues, Christian monasteries to Hindu cults. Along the way he wrote Meditation Without Gurus; How to Believe in God: Whether You Believe in Religion or Not; and countless groundbreaking articles, including the first comprehensive feature article ever written in English on Internet spirituality.

Strand has founded and led spiritual study groups, taught workshops and retreats, lectured at colleges and universities (both in America and Japan), and has spoken at some of the largest Buddhist gatherings ever held in America. He has an extensive collection of video teachings on YouTube and the Tricycle web site, and has appeared in numerous print and media interviews. A born storyteller in the grand old Southern tradition, he commands the attentions of audiences and offers a comfortable, easy presence at venues of all sizes. Strand also has an extensive international social media presence.

“While most mainstream Westerners may think of the Dalai Lama, robed monks or possibly Thich Nhat Hahn when they consider Buddhists, it is Soka Gakkai that has quietly built a mass organization. The Japanese export and its Nichiren Buddhism have become one of the fastest growing disciplines in the last 20 years. Yet it eschews the aesthetic, ceremony and iconography the vast majority of people associate with Buddhism, and focuses on society over the solitary meditation people think of when they recall Buddhism.”

“Clark Strand’s Waking the Buddha offers an absorbing, perceptive look at the often-misunderstood Soka Gakkai International movement and at how the largest Buddhist group in the world is redefining not just the practice of Buddhism but religion itself. An eye-opening book, both fascinating and important.”

“Waking the Buddha conveys the fascinating story of Soka Gakkai International (SGI), a school of Buddhism with millions of adherents around the world. SGI, or ‘Value Creation Society’, focuses on affirmation of human dignity and support for human rights. These priorities make SGI an interesting case to consider for those interested in the role of religion in our times. The meticulous research leading to this book, which took place over ten years in Japan and the US, produces an interesting history of the founding and development of SGI. Most intriguing of all is the internationalization of Buddhist teachings by the leadership of SGI, which makes its relevance global. Those with interest in either Buddhism or religion in general, along with anyone looking for an interesting read, will find this book quite appealing.”

“Mr. Strand has an amazing understanding of the SGI: its function, its purpose and its profound connection to the essence of Buddhism and the essence of life. I would recommend this book to Buddhists and non-Buddhists alike because his observations of the SGI are expressed in a clear and understandable form and contain conclusions that are extremely enlightening and encouraging. There are gems within his words that show that he unmistakably understands the great and profound role that SGI will play in the future of humanity.”

“Clark Strand brings his poet’s eye, editor’s care, and practitioner’s insight to the one-of-a-kind work of ‘Buddhist journalism’ that is Waking the Buddha. Throughout his career, Strand has excelled at throwing light on unique Buddhist ideas and communities, as well as introducing us to remarkable and fascinating figures — in many ways, this book is the pinnacle of his many outstanding achievements and abilities as a writer. We should be very grateful indeed for this work, which is likely to become the go-to volume for those seeking to understand Soka Gakkai International and its significance.”

—Rev. Danny Fisher, Chair of the Buddhist Chaplaincy Department, University of the West, Rosemead, California, and the author of popular Buddhist blog on Patheos “Off the Cushion”

—Lou Marinoff, PhD, author of Plato Not Prozac, Therapy for the Sane, The Middle Way, and co-author, with Daisaku Ikeda, of The Inner Philosopher

“One of the great challenges that religions face is translating timeless wisdom into timely action for this day and age. No Buddhist tradition has done this as successfully as SGI, and this book examines the history and future of the movement. A must-read for anyone interested in Buddhism and its transmission.”

“Waking the Buddha is an eye-opener. In a world where the old religious orders struggle to keep pace with the signs of the times, Strand re-introduces SGI as a relevant and inspiring solution to the challenges of 20th (and 21st) century life. More than just a Buddhist Reformation, this may be the 4th turning of the wheel of Dharma, and all traditions (East and West) have much to learn from what is offered here. It’s not an overstatement to say that this book has changed the way I think of organized religion and faith-based movement building forever.”

“A spiritual writer of eminence and author of countless groundbreaking articles on religion, Clark Strand has crafted an inspiring account of the birth and growth of a Buddhist movement which has a global outreach not only in terms of the sheer numbers of people involved but also in its focus on making the world a better place for all. Written with masterful simplicity and in a convincing, articulate manner, the story of Soka Gakkai is engaging and compelling as it squarely addresses the spiritual challenges of humanity. Soka Gakkai comes across as a viable religion for the twenty-first century contributing effectively to real peace and happiness that is sustainable both individually and globally.”

“Waking the Buddha is a definitive, engaging addition to the vast body of contemporary Buddhist literature. In a clear, accessible and enthusiastic way Clark walks us through the growth of the Soka Gakki International from the vision of its early founders to the creation and development of a global movement of over 12 million members. Soka Gakki shows us that there is more to Buddhism than sitting on the cushion, it is a practical guide for anyone searching for the answer to the question: “How can I incorporate Buddhist principles in all aspects of my life?”  If your practice is waking up, this book is for you.” 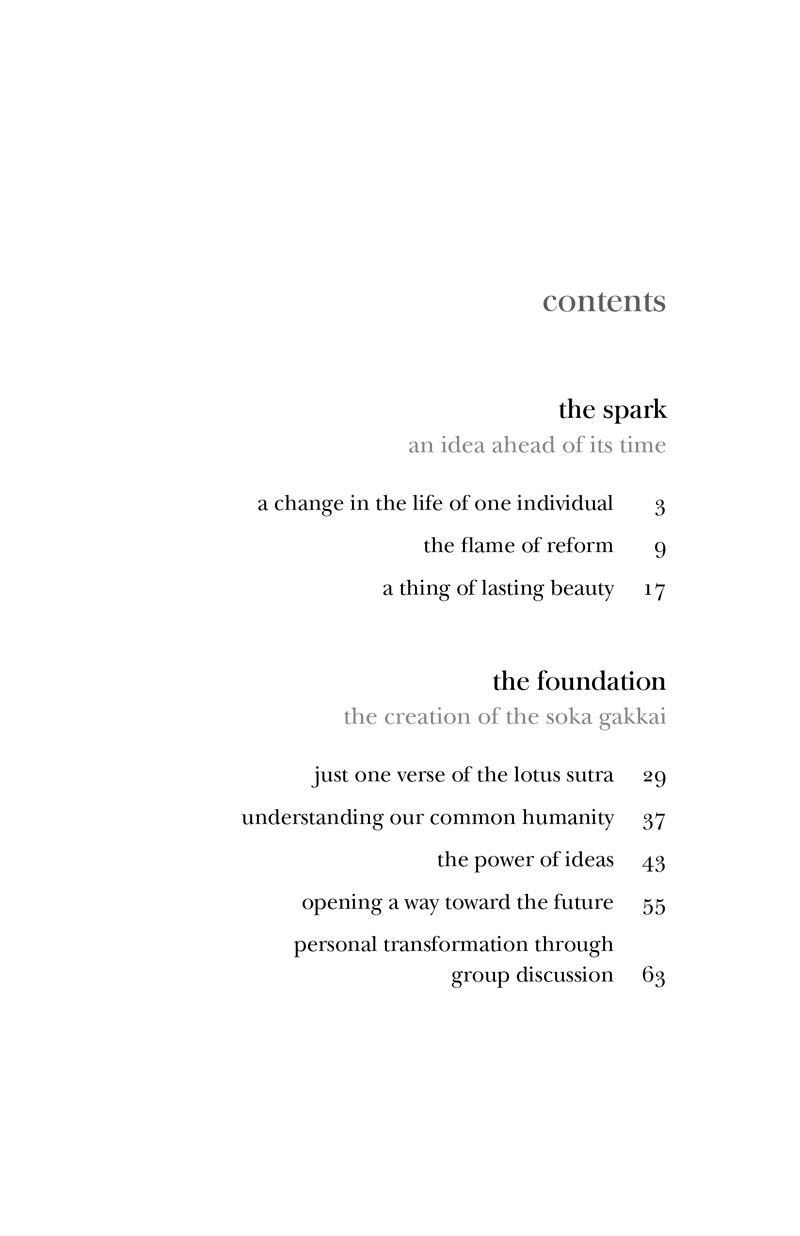 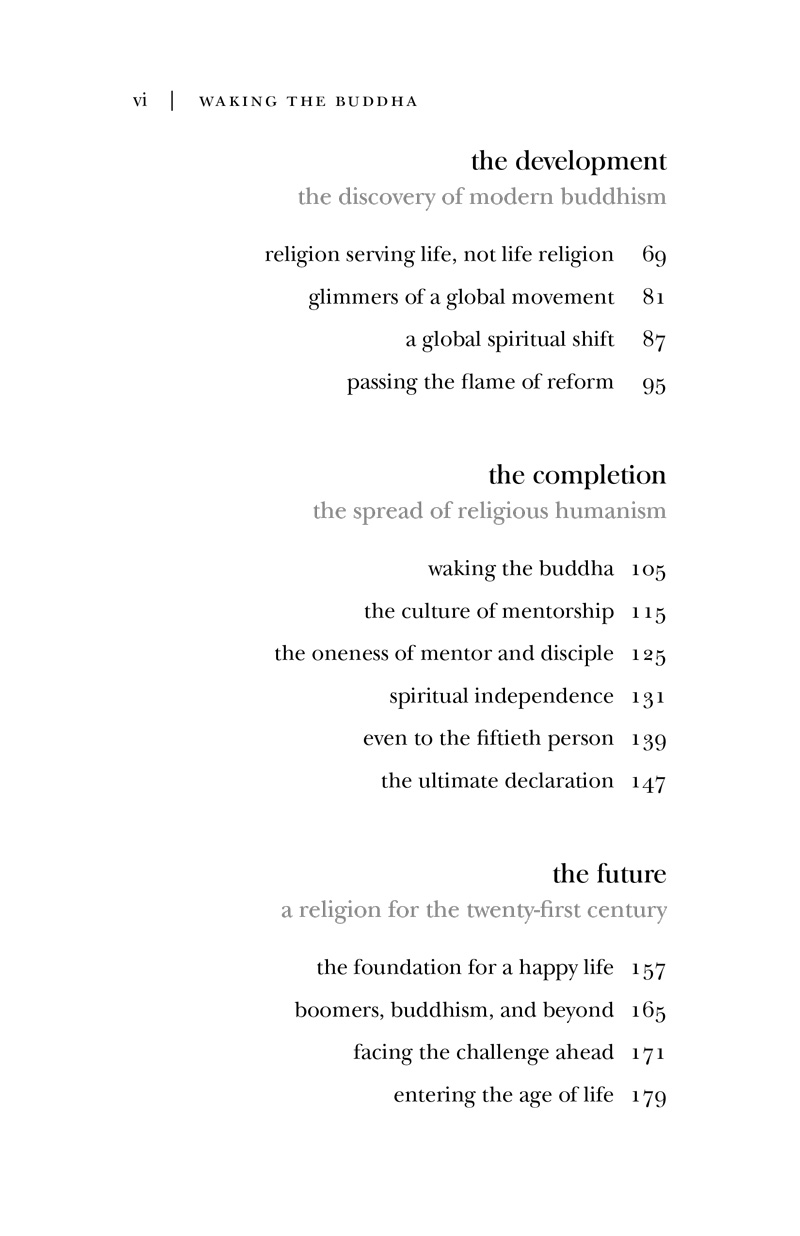 Click here to view a preview of the book: